Don't be an asshole with your iPad: 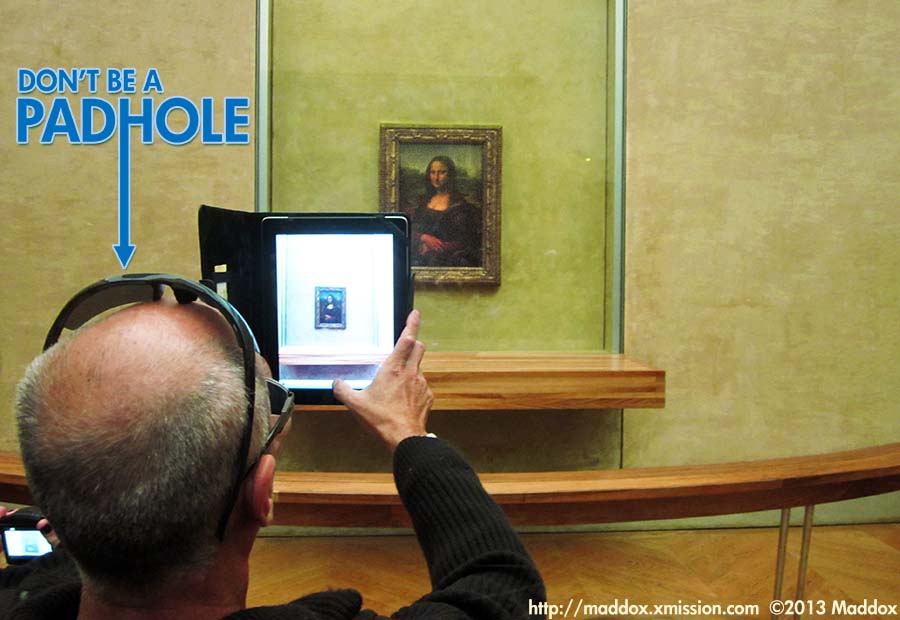 Is there any sight more dispiriting than an unaware idiot taking pictures with a tablet? I can't help but feel like we're on the verge of our civilization breaking down; we're just a tablet picture and a few "YOLOs" away from making shit-paintings of buffalos in caves. Want to take a picture? Cool, use a camera. Or your phone. Or here's a novel idea: don't. Nobody needs to see more of whatever temporal bullshit you think qualifies as being a subject of photographic expression. But for the love of God, put away the fucking tablets. They make you look like huge assholes because you're being huge assholes. But don't take my word for it, let's go over some hard numbers on why exactly taking a picture with a tablet makes you an asshole:

"But Madbox, what about the sensor-size??! Image quality isn't just about megapixels!!!" I know, you tools. The sensor size is around 1/3", which is about the size of a pee hole. I did my research, fuck off. Just to give you an idea of how futile it is to take pictures on these devices, the iPad 2 has a screen resolution of 1024x768 while it shoots at 960x720. Yes, its photo resolution is less than its screen resolution. So all that time you spend framing the perfect composition is completely wasted by the pixelated, muddy, washed-out results. I took the picture of the Mona Lisa above on a trip to the Louvre. I had to wait patiently while that bald asshole (and I'm not even sure why his baldness bothered me, as I'm balding myself) kept fiddling with his giant fucking tablet, blocking everyone's view behind him. While you might think you're being discreet with that technological eye-sore, here's what it looks like to someone behind you: 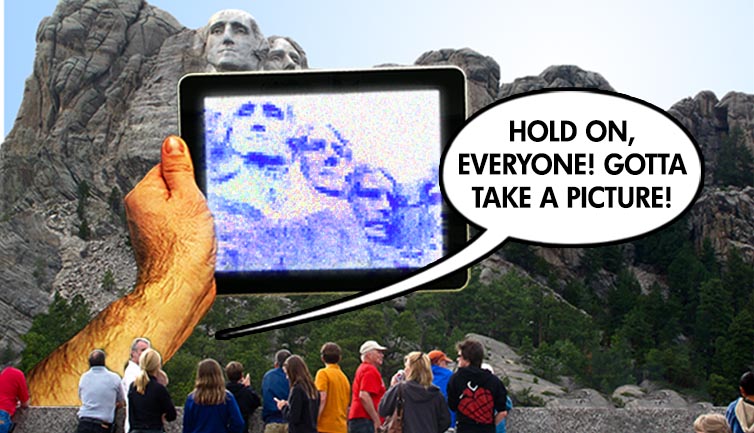 I used to take pictures of paintings in museums, until one day I took this picture of Van Gogh's self-portrait in Paris, and was filled with existential dread; in fact, it's the very picture you see on this page. 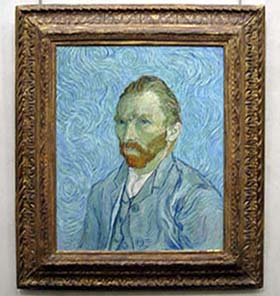 While I was waiting for the padhole to finish taking his shitty photos, I sat there staring at this picture on my camera, trying to see what made it "mine." It looked like every other picture of Van Gogh's self-portrait I'd ever seen. I kept staring at "my" picture, looking for some glimmer of justification for its existence, I thought that maybe I could show this to my friends as proof that I'd seen the portrait with my own eyes. But I'm not in this picture, so there's no proof I was ever there. 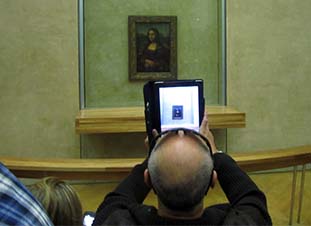 Even if I was in the picture, it could have been photoshopped. And why would I need to prove it to anyone anyway? Then I realized that if my friends were going to be that skeptical, and distrusting of me, then maybe they shouldn't be my friends. The whole event made me question who my friends were, why I was taking pictures in museums, and whether or not I could even justify the existence of the photos I was taking. All while that bald, incognizant asshole kept snapping away on his stupid fucking tablet. I started sweating and got diarrhea. So I no longer take pictures in museums, with the exception of the following: I even found inspiration for an illustration in my calendar from a museum:

Illustration by Pox
But sweet Jesus, does the world really need another picture of the Mona Lisa or Van Gogh's Self Portrait? It wasn't long after that I started noticing padholes everywhere. 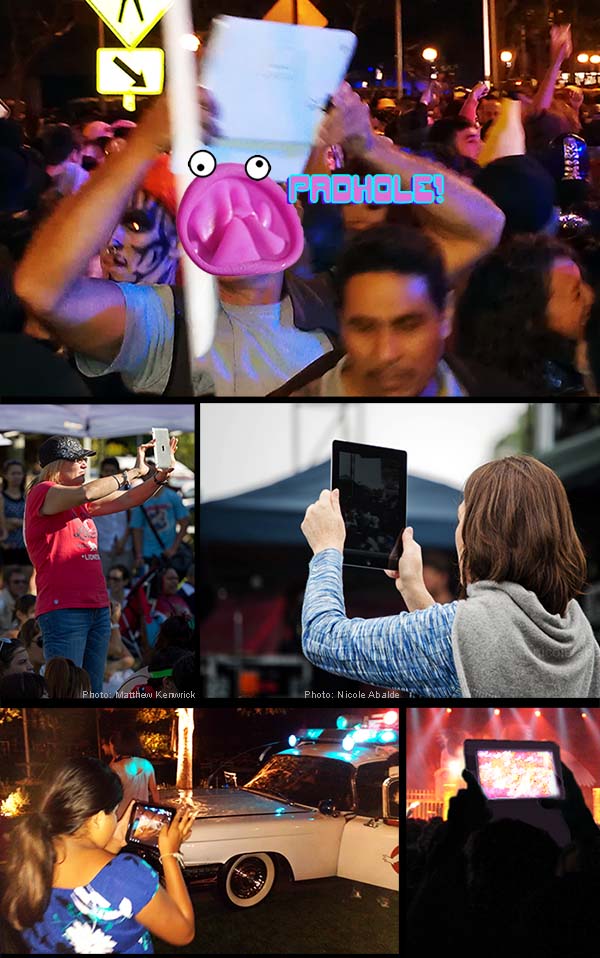 You can't go to a concert, event, or even a park anymore without some unaware shithead obstructing everyone's life, lording their giant plots of computational realestate over everyone's heads like the fucking sword of Damocles. Just because your tablet can take pictures doesn't mean it should. The phrase that carpenters and handymen live by is, "use the right tool for the right job." It's possible to hammer a nail with the butt of a gun, but just because you can, doesn't mean you should. Tablets can take pictures, but tablets can also slice cheese, stop doors from closing and fix wobbly tables. The day I start seeing people fix wobbly tables and slicing cheese with tablets is the day I'll relax my stance on tablet photos. But don't count on it. Tweet

445,150 people were annoyed twice by padholes taking photos: once while they took the photos, and once after they posted them on social networks.