One thing PC users can do that Mac users can't: 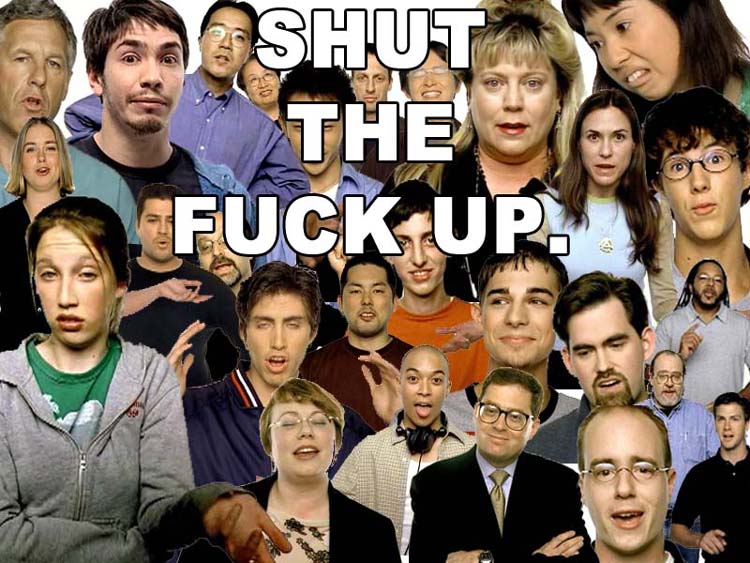 Ever notice how most Mac users are skinny? It's because of all the calories they burn because they can't shut the fuck up about how great their Macs are. What is it about Apple that makes its users unable to shut their mouths? Everywhere I go, there's another asshole with a Mac preaching about how much better Macs are than PCs. They regurgitate lines directly from Apple's marketing campaign, like "it just works." I have the following rebuttals to this argument:

1. If everything on a Mac just works, then why does a website called "Mac fix it" exist, assholes? Here are a few choice topics on macfixitforums.com:

Waaaah, boo hoo! I can't drag and drop! Dumbass. Looks like your Macs aren't perfect after all, which leads me to my second point:

I don't know why Mac users get so defensive when you call them idiots. I mean, Apple is a company that has built its entire user base around the fact that its users can't do simple things like turn their computers on. Hell, most Mac users can't even talk without using their hands, which ranks their intelligence somewhere between a simian and hog shit:

Stupid user base aside, I will never own a Mac. It's not so much that I'm a PC loyalist. I'm not. It's that I'm not stylish enough to own one. Most iPod commercials feature guys with long hair, chicks roller skating, and guys wearing fedoras. I have dandruff, and I buy most of my jeans from a grocery store. I feel like in order to have a Mac, I need to be: 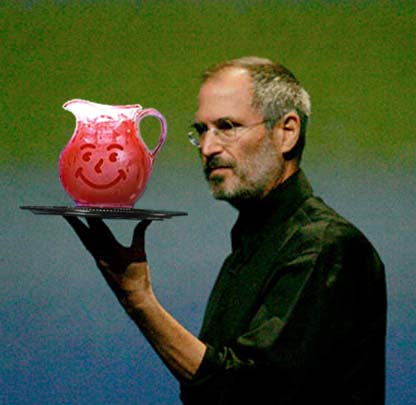 After the recent Apple conference, Mac fans were elated. One person was quoted as saying "I've had a Macintosh now for a total of 35 days, and I'm really excited to be part of the Mac community." Part of the Mac community? It's a computer, not a social movement, asshole! I feel like Apple is not just selling computers, they're selling a way of life, and I'm not ready to be that heavily invested in a product. I think this parody helps illustrate Apple's unspoken message:

iTunes is the new Real Player:

In doing research for this article, I decided to reinstall iTunes, a program I hadn't used since version 4 (now on 7). Here it is, just working:

Back in the late 90s, everyone used Real Player. Then those cocks at Real Network got greedy, and tried to get their application to take over your entire PC, and people stopped using it. Same thing is happening with Quicktime now. You can't install Quicktime anymore unless you download bullshit iTunes. This section was supposed to be longer, but I couldn't even install iTunes so I could bitch about it. Not that I could have used it for what I wanted to anyway:

If I want to manufacture biological weapons with my copy of iTunes, I will, fascists. Ditch this bullshit.

5,757,760 Mac fans switched back over to Windows, even though Windows is just as shitty.